Finding home in a book about faith

Treading between tradition and the secular and the clash between the self and family, this book tells a stunning tale of faith and family. In A Place For Us, Fatima Farheen Mirza explores what happens when a couple whose faith is etched into their identity transports themselves into a strange world where they now raise a family.

The result is a story that is so achingly moving and empathetic to the varied characters that it is remarkable that this is 27-year-old Mirza’s first book.

Released on 12 June 2018, A Place For Us was the first book touted by Emmy-award winning Sex and the City star Sarah Jessica Parker with her publishing imprint “SJP for Hogarth”. It isn’t difficult to see why the book caught Parker’s attention.

Centered around a family fracture and then a return to home, the book opens at the wedding of Hadia, eldest daughter of Rafiq and Layla and sister to Huda and Amar in Northern California.

The wedding is a pivotal moment in the book which the family is partly excited, and partly apprehensive about. It will be the first time in three years that Amar returns after a series of betrayals leads to his estrangement.

The story is told from the perspectives of Hadia, Amar, Layla, and then Rafiq. It delves back and forth into time to little moments that became defining moments to explain the love and tension between the characters. There’s a scene in India when Layla and Rafiq were arranged to be married. There’s Amar’s fierce first love, Hadia’s broken memory of her first crush, a family picnic, a spelling test. Each moment adds texture to the development of the family’s relationship.

Mirza has a gift for writing the relationships between family members. Many times, I was moved to tears by the way characters related to each other. She is deeply committed to writing each character with breathtaking honesty and mercy. Reading each of their perspectives feels like having access to their innermost thoughts.

In many ways, A Place For Us is a typical immigrant tale about parents struggling to maintain traditions they grew up with while raising a family in a secular country with ‘foreign temptations’. But what’s different is reading how each character relates to faith, and realising that faith is not monolithically felt and experienced. Instead, what we arrive at is a different experience of faith coloured by the Western context it is felt and experienced in.

Writing from Hadia’s perspective about how she reconciles faith in a secular world, Mirza says: “She could hold in her heart a belief in Islam as well as the unwavering belief that every human had the right to choose who they loved, and how, and that belief was in exact accordance with her faith: that it is the individual’s right to choose, and the individual’s duty to empathize with one another. Didn’t the Quran itself contain the verse, We have created you from many tribes, so that you may know one another.”

‘…the importance of representation in the media we consume.’

Mirza is able to voice the tension between remaining true to yourself while also fulfilling the duties set out by those who have loved and raise us. She voices, too, the tension between embracing the unfamiliar while clinging to the traditions of our ancestors.

Although the characters are Indian-American Muslim, as an Indian- South African Muslim I know these tensions very well.

But to have it presented to me in a book deeply affected me. It showed me the importance of representation in the media we consume. There’s something to be said for media that allows those who are underrepresented to feel seen and heard by a story. It’s affirming. It also allows you to examine the familiar from a perspective that is different. But most importantly, it is important for belonging.

In a world that is becoming increasingly hostile to the experiences of the underrepresented, it’s wonderful to find a place where they are celebrated.

If it’s possible to find home in the pages of a book, that’s exactly what reading Fatima Farheen Mirza’s A Place For Us was like for me. 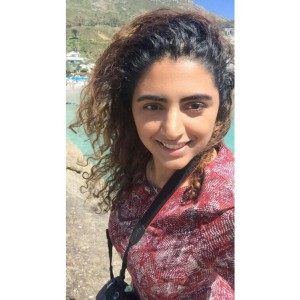 Shaazia is a journalist at The Daily Vox, an online media organisation based in Johannesburg. Shaazia enjoys reading, K-pop and dismantling stereotypes about women who wear lipstick. Follow her on Twitter @shaaziaebrahim

A permanent reminder of our fundamental human rights

For the Love of LOVE & Hate

Hello and welcome at BB&B

Freshly baked blogs in your mailbox? Get our newsletter:

3
A permanent reminder of our fundamental human rights

5
By any means necessary